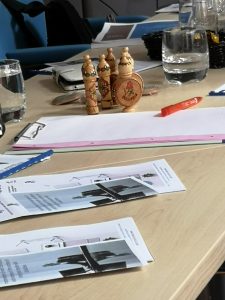 The project partnership meeting with our partners (Belgium and Poland) on the project „Involving Employers in Improving Working Conditions and Increasing the Number of Disabled Employees“ was held in Wroclaw, 26 – 28.09.2019.

A number of meetings were planned for the first day, which began with a presentation of the results of the study conducted by the Polish partners at their office. The survey, which they presented, using the method of computer-assisted telephone interview, was addressed to different problems regarding the employment of people with disabilities in small, medium and large enterprises.

Then on the program was scheduled a visit to the Dobrzynska Medical Center. This center is analogous to the National Center for Rehabilitation and Physiotherapy in Bulgaria.

At the center, they presented us their employment practices for people with disabilities, the medical services offered by the center, and the awards they won. The employment of disabled people is subsidized by the state.

In Poland, there is a law requiring that every enterprise employing more than 25 people must have 6% of disabled employees. Further to this, the Center not only hires disabled people because of legal provisions, but also due to the fact that many people are treated there and it is important to them to provide working conditions to disabled people. The director considers this a personal cause and is extremely motivated to set a good example.

Then we proceeded to the Lower Silesian Regional Office, whose administrative center is Wroclaw. There was a meeting with Mr. Pavel Parus regarding the employment of people with disabilities in various institutions and enterprises. Paul Parus himself is in a wheelchair and this cause is not only his personal but also of the President of the Lower Silesian District, whose „right hand“ is Mr. Parus himself.

The meeting was followed by lunch at Rownik Cafe, which has disabled employees. The venue is nominated for the 2019 Icebreaker Award.

After lunch, we continued to the Fonis Foundation’s building, which works mainly with deaf people and children. The colleagues presented various initiatives, which they have organized in their work mainly for children, as they are 90% of their patients. These include organized excursions for 100 children, a concert for the deaf-mutes, different courses, including those for parents and teachers for the needs of deaf children. The Foundation again works with government grants and on different projects.

In the same building is situated the Association of the Deaf People, which existed for the last 70 years. It is an institution so well known for its activities, that employers themselves come to them to announce vacancies which would be appropriate for hearing impaired people.

The Association works entirely to assist the deaf by providing them different services such as assistance for visiting a doctor, lawyer consultations, employer – deaf worker translations, Polish language courses and more. The association is so popular that anyone with a hearing disability knows they can come and get help of any kind. The Association provides translation assistance due to the physical difficulties in communication (in restaurants, schools, hotels, etc.) that are implemented through various projects.

The next day we had a meeting at the IBM building in Wroclaw. This office is the largest of ​​the district, there is another one in Katowice. We met Diana, a girl in a wheelchair, who spoke about her experience in the labour market so far and for the past three years she has worked at IBM. She and with her colleagues have given interesting and inspiring examples of how, thanks to Diana’s employment, improved the working environment so that it becomes more accessible and suitable for people with disabilities. Diana herself is involved in various initiatives such as courses for employers, managers and employees on topics that affect people with disabilities. IBM has various project-funded initiatives such as school and university visits, where they re-recruit and consult people with disabilities and conduct various training and information campaigns. One of their campaigns is an Open Day in IBM where people with disabilities can visit the office of IBM and explore the job opportunities there.

Different leadership trainings led by Diana are essential for changing the perspective of hiring disabled people so that it is clear that they are not a burden to the company and the employer, but a valuable staff that deserves to be hired.

After this visit, the program continued at the office of our Dobre Kadry partners, where we and our Belgian colleagues presented reports on the topics and studies we have worked on so far. Our presentation was based on an online survey of people with disabilities based on the eight main areas of action included in the European Disability Strategy 2010-2020. The Belgian partners presented an international comparison of the legislative framework for the integration of people with disabilities in the competitive labor market: data from Poland, Bulgaria, Sweden and Belgium. After lunch, we made a brief summary of the working meeting, each of partners shared their next steps and initiatives within the project. Finally, we have set a date for the next project partnership meeting in Sofia – June 25-26, 2020. 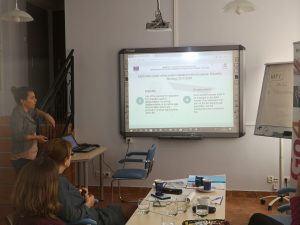 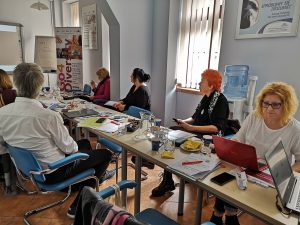 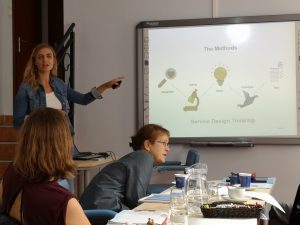 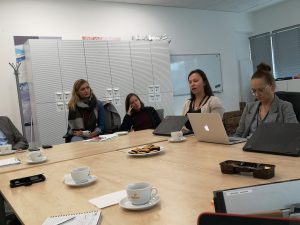 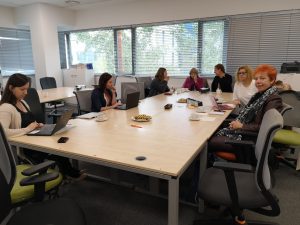 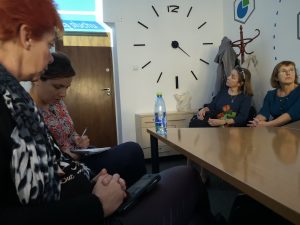 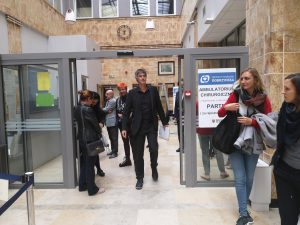 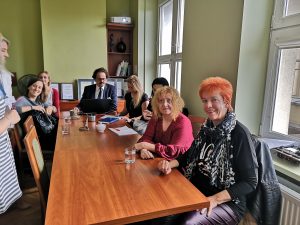 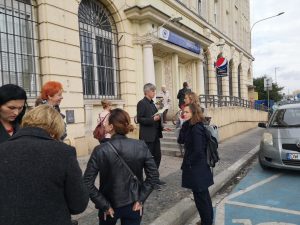 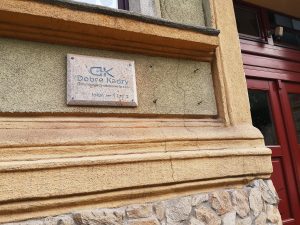 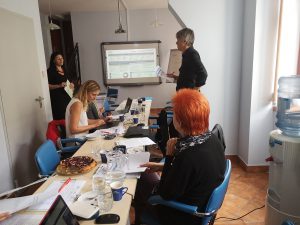 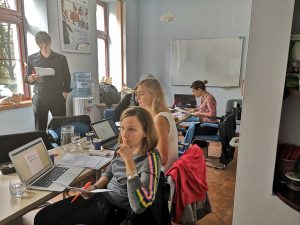