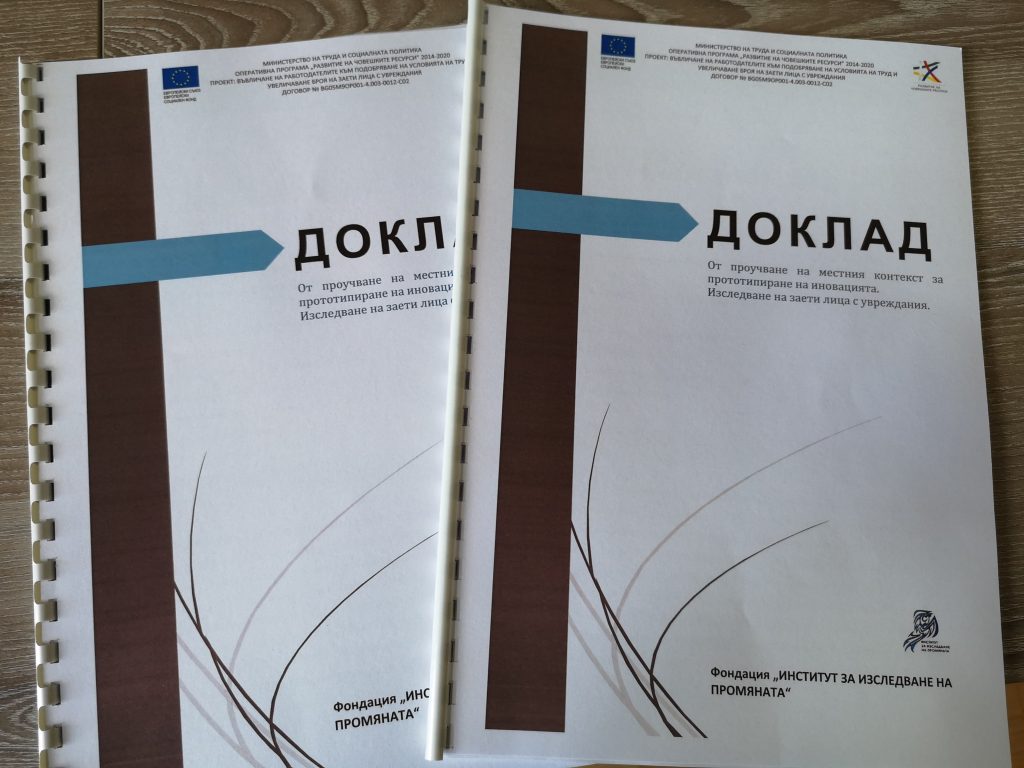 The target groups included in the project proposal, as required by the Conditions of Application, are bound by the respective investment priority. Project 5: Disabled employees, incl. hired – a total of 230 and 7 employers included in the online survey, 4 focus groups and 6 in-depth interviews; 80 representatives of the target groups in Sofia and in the country, among whom the developed innovative model will be pilot tested; 150 employers and 150 employees involved in an online communication and training network with the IOC Large Scale Open Course.

In our country as of 31.03.2018 the number of unemployed people with disabilities looking for a job is 13 302 persons, of which 6539 are women. The row view shows a minimal increase in absolute numbers compared to the previous month. The share of persons with disabilities in the overall structure of the unemployed borrowed 5.7%, down from 5.5% in the previous month. The share of the unemployed with disabilities in the age group of persons over 50 is the largest – 61.8%. Over half of persons with disabilities have secondary education – 59.6%. Their professional structure is represented by 39.4% of persons without qualification and specialty, 37.1% have acquired a working profession and 23.5% are specialists. On the other hand, employment in traditionally risky economic sectors is higher than in EU countries. Occupational diseases and disabilities are mainly considered medically, although ten years ago the country adopted and introduced a new list of occupational diseases. The neglect of the topic by the heads of the companies brings new disabled people out of the labor market.